Challenging the stereotypes around ageing
G
Home › Our Work › Ageism

According to the World Health Organisation, “Ageism is the stereotyping, prejudice, and discrimination against people on the basis of their age.”

Some of the common ageist attitudes include the belief that older people have weaker physical and cognitive capabilities, are resistant to change, and pose a burden on society.

In turn, these external forces create the process of self-ageism, where older people internalise and reinforce ageist attitudes as being true to themselves.

Unlike sexism and racism, ageism is normalised and entrenched in everyday anti-ageing beliefs and attitudes.

“Ageism is a real thing and it causes real suffering.” Jane Caro National OWN Conference 2019

Watch a lively discussion panel on ageism from our last National Conference.

Why are we ageist as a society?

How does age discrimination affect us?

How can discrimination based on age be addressed?

What are we missing out on with our ageist attitudes?

30% of Human Resource practitioners disclosed that there is an age above which they will not recruit, with 68 per cent of those respondents suggesting that age is 50

78% of line managers are NOT given training on unconscious ageism bias. 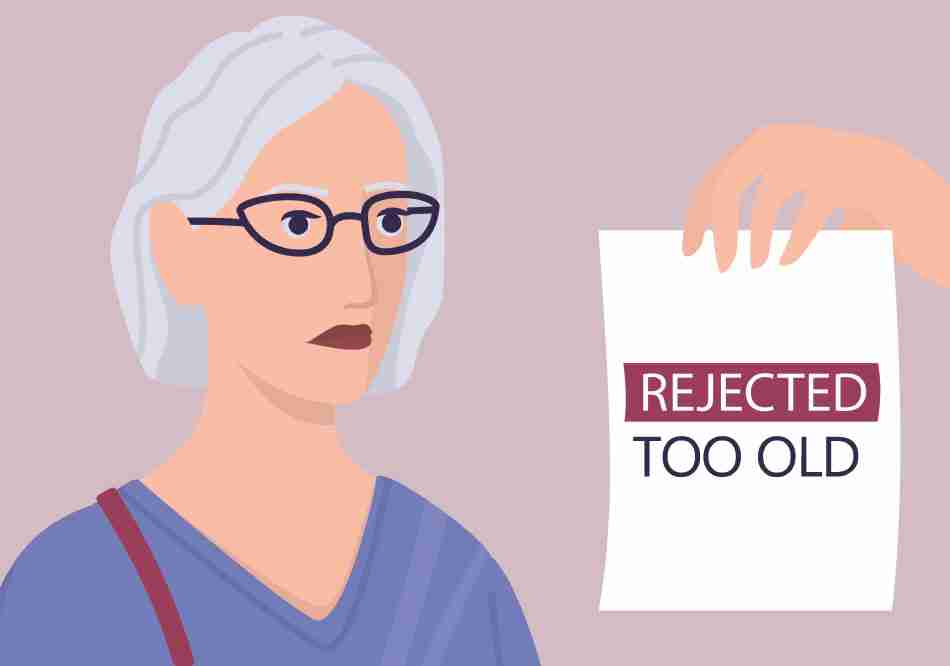 The legal basis for protection against age discrimination in Australia is the Age Discrimination Act 2004, which covers many areas (such as employment, the provision of goods and services, education, and public administration).

However, this does not change public attitudes, stereotypes and prejudices about ageing, and allows several loopholes in practices.

Age discrimination is most impactful in employment and health care.

International organisations like the WHO and the UN have taken a stand against ageism, such as through the WHO Global Campaign to Combat Ageism.

This includes dismantling the idea that old age is a negative process of decline and that older people are a social burden. Instead, we should also embrace ageing as a natural and positive life stage, treat older people as equal members of the society, and respect their needs and capabilities.

OWN NSW has signed the pledge for EveryAge Counts, a NSW-wide public campaign against age discrimination, and we encourage you to sign it too! Ashton Applewhite and Jane Caro AM have an in-depth conversation on ending ageism. Presented by EveryAge Counts.

In the COVID-19 pandemic some deep-seated ageist attitudes toward older people have been exposed. We’ve seen the familiar framing of older people as a burden and questions emerge about the value of older lives. We’ve seen older people not having a voice in decision making, reinforcing marginalisation and entrenched stereotypes. We’ve seen the contributions of older people disregarded and attempts to drive a wedge between generations. Now is our historic chance to challenge and dismantle ageism and the assumptions on which it is based.